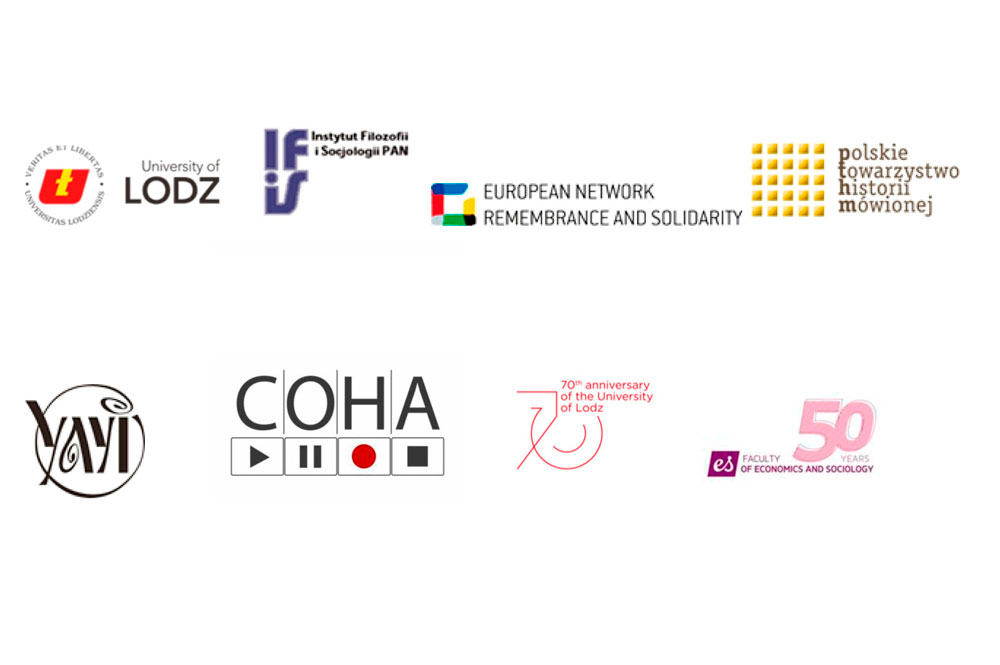 In the past several years, oral history has become increasingly popular in Central and Eastern Europe, both in academia and beyond. It is impossible to overstate the importance of various local initiatives aimed at recording history and propagating knowledge about a region’s past. At the same time, oral history is becoming more institutionalised: in several countries, archives and scholarly associations are being created, and international cooperation in the field intensifies.

While the popularity of oral history is a very positive phenomenon, it does raise multiple questions and issues. In contrast to Western Europe and North America, where oral history has been present for a long time, scholars from Central and Eastern Europe are still developing ethical, methodological and legal standards for their field. These standards are necessary for the recording, storing and editing of interviews, as well as their publication.

Thus, our conference seeks to pose questions regarding the specificity of oral history in our region. Does it exist and what does it look like? We are interested in the aforementioned ethical and legal challenges, but we also want to inquire about whether oral history in Central and Eastern Europe requires a particular and unique methodology and sensibility in comparison to its Western equivalent. In the West, oral history was a response to the need of recording the fates of groups heretofore disenfranchised by traditional historiography – ethnic minorities, women, workers, etc. So far, the obvious trend for oral history in Central and Eastern Europe has been to record the accounts of groups that had previously been marginalised by the undemocratic regimes of the Soviet bloc, and whose histories had remained outside of the officially approved historiography – the victims of repressions and deportation, the political opposition, members of the postwar anti-communist underground, Holocaust survivors, etc. The preeminence of these themes has left a clear mark on the oral history of the region. Faced with a change of generations, we should ask questions about the themes and types of interviewees that will shape the future of oral history in our region.

We would like to focus on oral history in countries such as Poland, the Czech Republic, Slovakia, Hungary, Germany, Ukraine and Belarus. We invite both academics and non-academics who deal with oral history professionally to send us proposals for presentations. Possible topics can include, but do not have to be limited to:
– the specific methodology of oral history in Central and Eastern Europe;
– ethical and legal problems regarding the recording, gathering and publishing of biographical accounts;
– archives and archiving interviews;
– the institutionalisation, financial framework and relations between various research groups;
– the important themes of today and the themes of the future – a discussion about the future of oral history in the region.

We are interested in presentations focused on specific (national, local, thematic) case studies, as well as those that take a comparative approach. Papers concerning theoretical issues should be clearly related to the Central and Eastern European context.

Our confirmed key-note speakers are Alexander von Plato (FernUniversity in Hagen) and Miroslav Vaněk (The Institute of Contemporary History, Academy of Sciences of the Czech Republic).

Please fill out and send the application form (found in the attachment) along with a short CV to oral.history.lodz@gmail.com by February 28th 2015. We will inform you about the results by March 31st 2015.

The full conference fee is 250 PLN/60 EUR; the reduced fee for students and PhD students is 100 PLN/25 EUR. Successful applicants from Ukraine and Belarus will be able to apply for travel grants and fee waiver.